Finally it is possible to wear the “Sistine Chapel” frescoes of rupestrian art.
Cristina and Gabriella of the long established ‘Anna’ boutique in Matera have always been in love with the artistic heritage of their city and wanted to pay tribute to Matera in the year it was nominated European Capital of Culture.
In order to do so, they created the exclusive “About Matera” collection, consisting of scarves and T-shirts depicting the frescoes of what has been called the “Sistine Chapel” of rupestrian painting, namely “The Crypt of Original Sin”: one of the oldest evidence of the rupestrian art of Southern Italy. The richly dressed Byzantine Madonnas and the expanses of red cistus flowers, dating back to the 8th century, have left the hard rock and were laid down on silks and velvets of scarves made exclusively by the excellence of Italian silk mills. 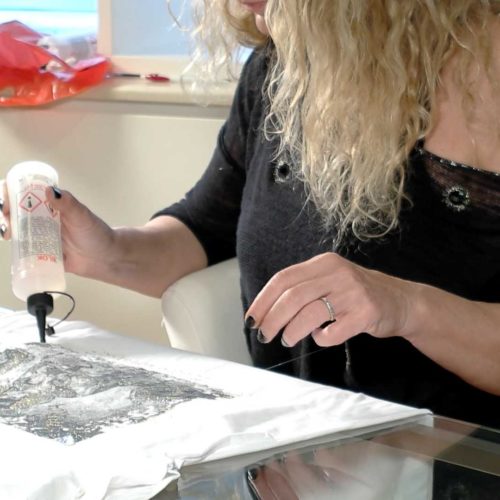 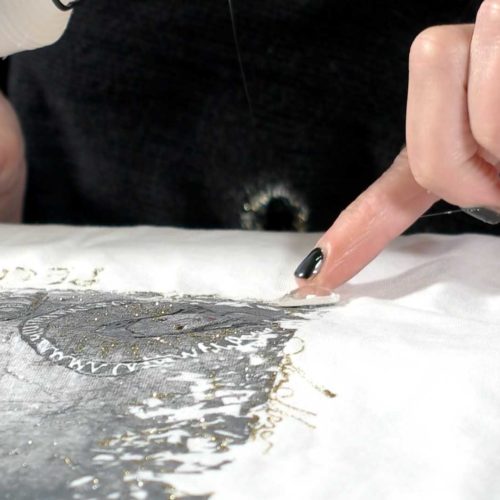 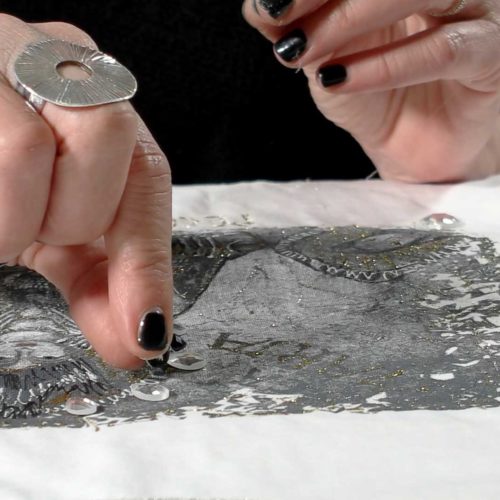 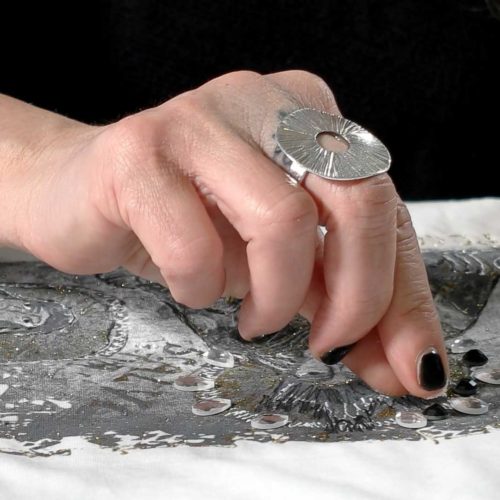 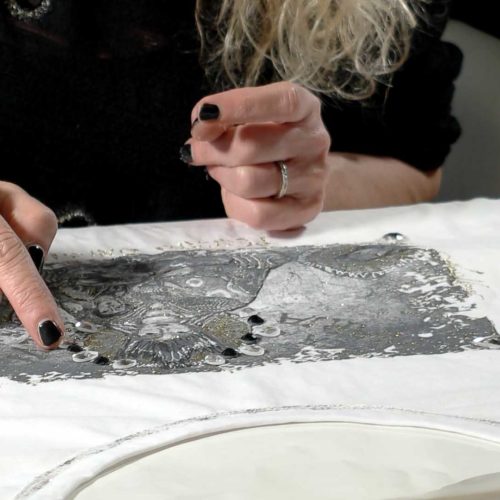 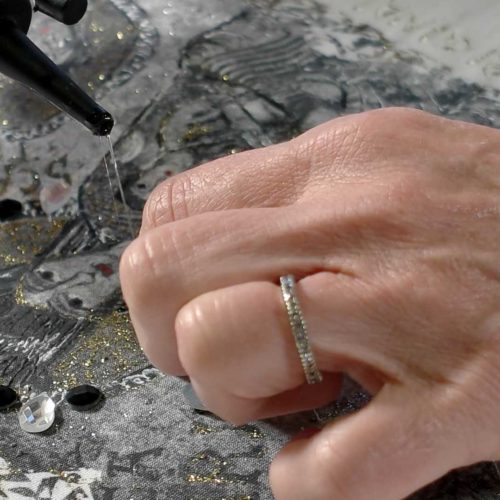 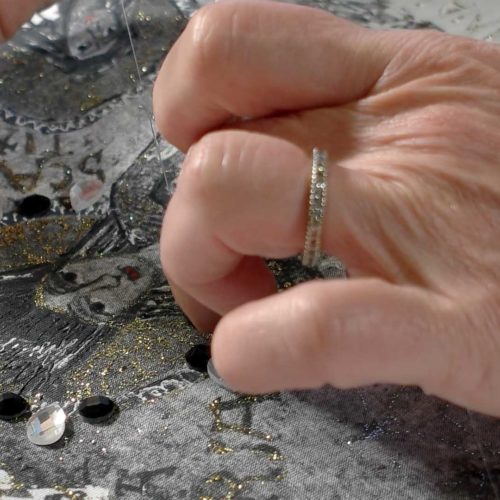 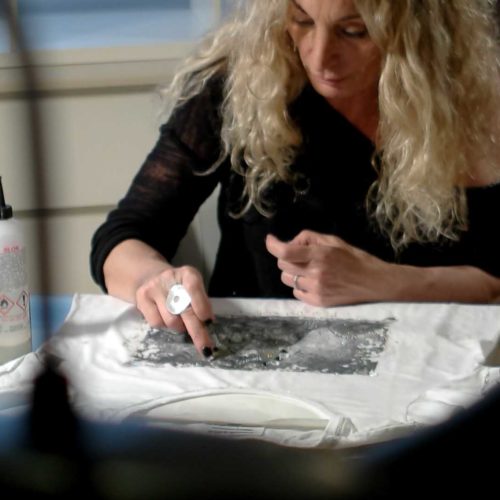 These Madonnas with hieratic faces are also present on a series of cotton T-shirts, embellished with settings and glitters hand-applied by local artist Lara Urso.  An artisan and skilled work that makes each shirt different from the other.
These precious garments reflect the excellence of Italian fashion masters and reveal the precious artistic heritage of Matera.